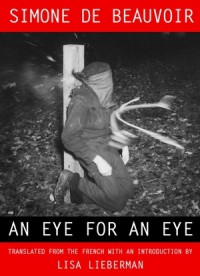 De Beauvoir’s look at revenge and punishment.  After the Liberation of France, there were reprisals against those who had aided the Nazis in any way as well as those who associated it.  It’s true that many people escaped such nets <cough> Chanel<cough>.  Beauvoir mediates about what drives people to desire revenge and what revenge actually brings.

In truth I have always been conflicted about some aspects of this, not so much about what some of the Vichy France governors did, more about the women.  We have all seen them, those pictures of the women getting their head shaven after Liberation (and it doesn’t really matter what European country).  Considering what does happen to women in war, the rape for instance (accounts of the fall of Berlin make it clear that any side will do so), how much choice did these women really have in their relationship with the Nazis they allegedly slept with?  There is a difference between those women and someone like Chanel or the person who betrayed Nor Khan.  Between them and those who gladly handed over their neighbors.  Could they have said no to the conquerors?  Truly said no?  I’m not sure.

While de Beauvoir doesn’t address this aspect of revenge, her discussion of the death penalty and revenge can even extend so far.