So the critics got it right 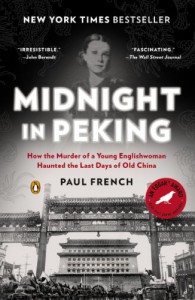 Sometimes you read a book and wonder why the hell it won all the acclaim listed on the cover.

This is not one of those books.

It does start off very slow but picks up around page 40.

French keeps the reader’s attention because he plays with the ideas of guilt and innocene.  In many ways, the reader is like a third investigator in the case or perhaps the jury while French is the advocate.

Either way it is a thrilling ride.