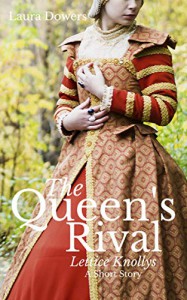 More of an almost 3.

Part of the problem I have with this book is the language is almost too modern. There isn't anything glaring, but there is a modern sense to it.

Part of the problem is that it is more telling not showing. I know it's a short story so cramming in Knollys' life would be pretty much telling, but so much is pretty glossed over so that there is a sense of better story wanting to be a longer story.

That said, it is a pretty convincing catching of Knollys' spirit. Balance between a woman with flaws and one that was slight more sinned against than sinning.