I do love the Shire series 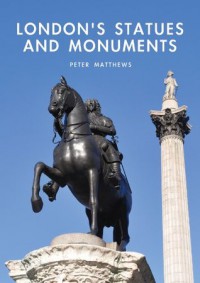 This edition lists the copyright as 2018. Matthews' book is an excellent source for where to find what statue. The book is split into city sections. It is nicely illustrated. Honesty, I want to get anything Peter Matthews writes about London. He includes fun facts - like about the bear that Winnie-the-Pooh is based. She was a sow. The memorial part of the title refers to memorials that more than those round blue plaque things.

The below are general comments about the statues and not about Matthews' book.

Of the statues listed, which are pretty much most of them, only 45 of the memorials/statues are of women. Of those, 6 are of Queen Victoria, 4 of Queen Anne, 2 to Queen Alexandra, 2 are fictional characters, 2 are two groups (Women's World War II and Suffragettes), 1 is to a young girl, and 1 is a replica of another one. 21 of the women are royals (I am counting Queen Boudicca in this group), 5 are artists, 7 are associated with war (2 nurses, 1 nurse/resister, SOE members), 3 are for votes for women, 1 is for a police woman, and 8 are for social reformers - this includes Catherine Booth whose statue was copied. Her husband has two independent and different statues; she has an original and a replica. It is cool that Szabo is used to represent the SOE - her bust tops the memorial to SOE members.